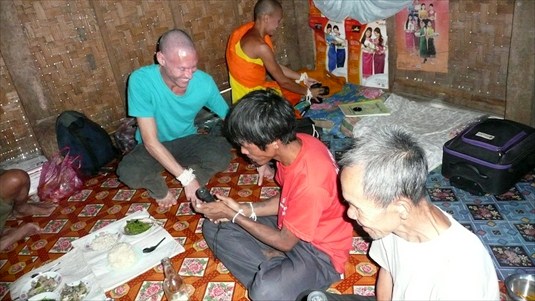 I pray this message finds you well. Here is an update on the solar flashlight distribution in Ban Hadjan, Laos. I gave the solar flashlights to several of my students at different monasteries and have had a raving response! They are all excited about them and have given me several good distribution ideas. I have been collecting information from my students about the distance, travel time, cost, and estimated number of families for villages without electricity.

They are delighted to hear about our plan to distribute the solar lights to these villages and are very excited to be able to visit their families, since most cannot afford the journey and some haven’t been home in several years. They are also very proud to be able to introduce their Falang (Lao for foreigner) English teacher to their families, especially because it involves participating in your solar flashlight donation efforts. As a culture, they love to give things to others whenever they can.

Hadjan Village, from where I live in Luang Prabang, is 5 hours by road, then 1.5 hours by boat on the Ou River. I arrived at Ban Hadjan after a 7 hour journey and a group of children appeared from nowhere eager to set their eyes and smiles upon this tall white foreigner (falang) who they were told had something to donate.

There are only 50 families in Ban Hadjan, but there in the dark of night with no electricity, while passing out the solar lights…I felt as bright as Glinda (the good witch of the north) surrounded by munchkins who couldn’t see the yellow brick road beneath them in the dark…until now!

Some of my students to whom I gave a flashlight, in turn, gave it to someone else more in need of it, which was sweet. Most gave the solar light to their parents. I have had so much great feedback about the solar lights from everyone, so I must thank you and your donors for this wonderful opportunity to reach out a helping hand to so many people here in Laos.

Click on the links belows to read hand written
‘thank you’ letters from monks. Very touching! 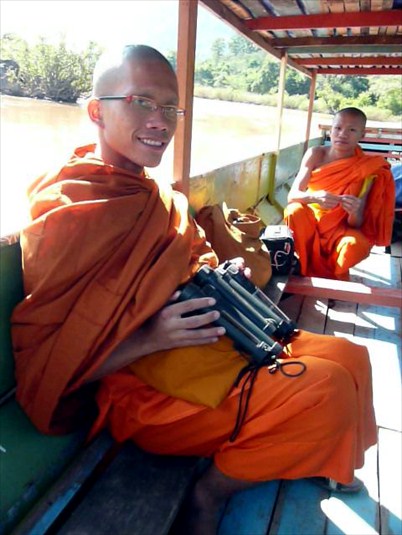 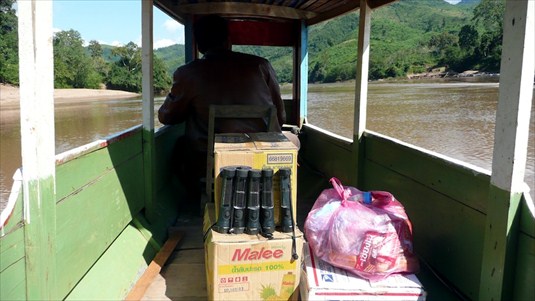 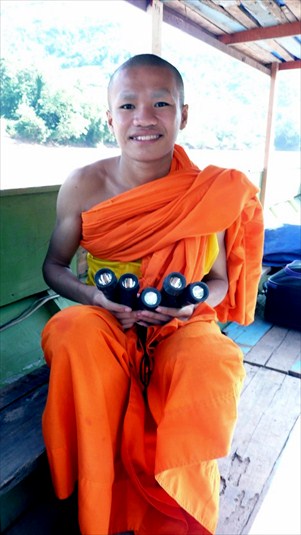 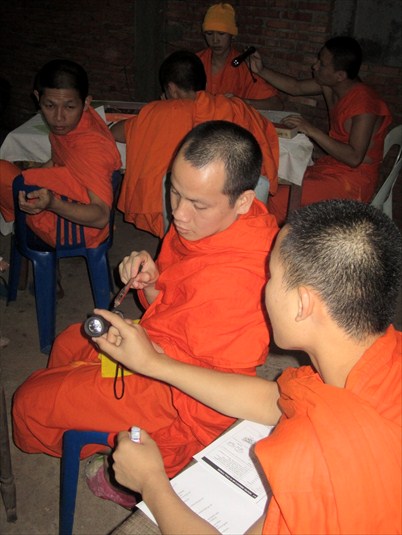 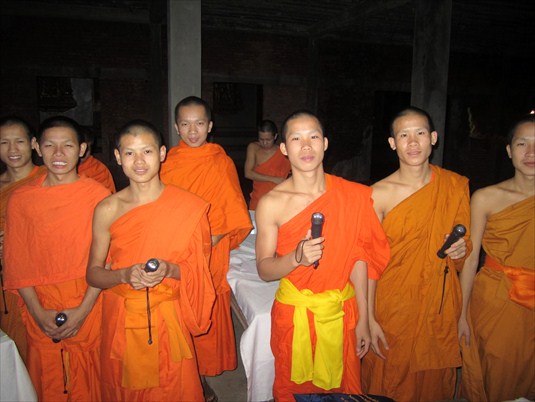 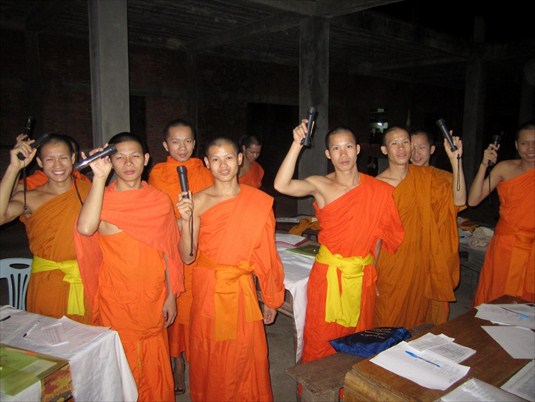 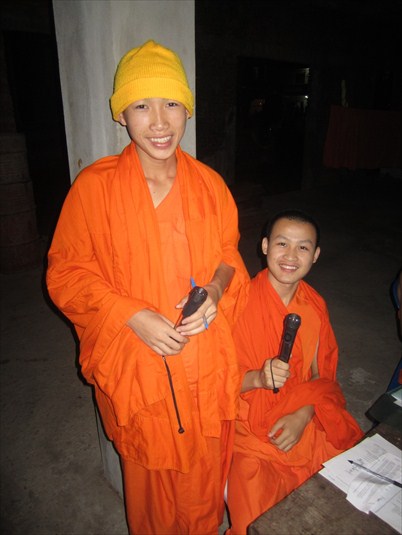 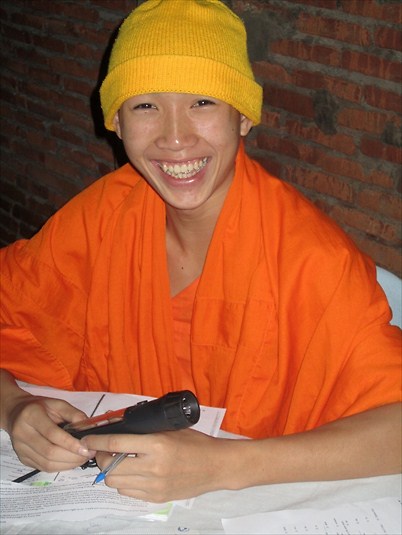 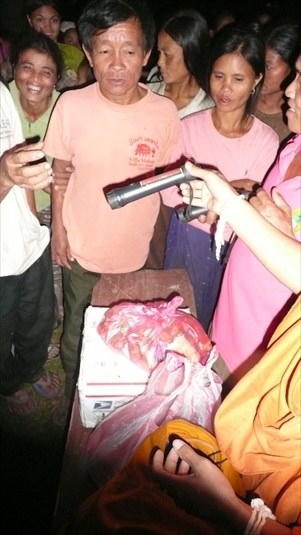 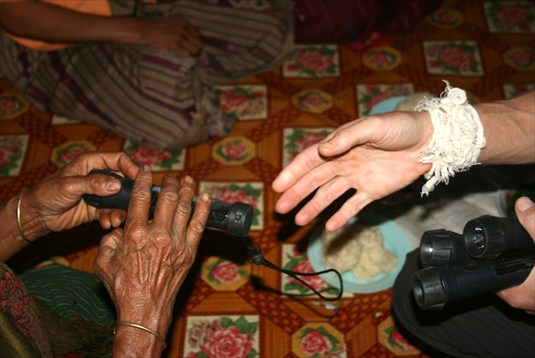 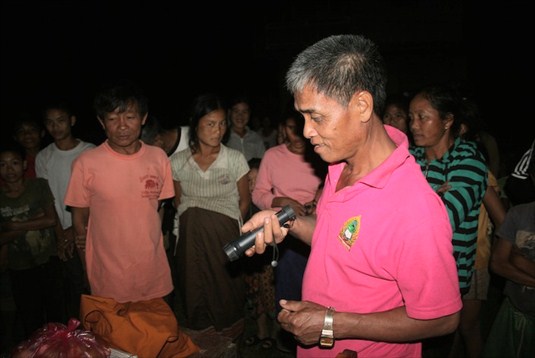 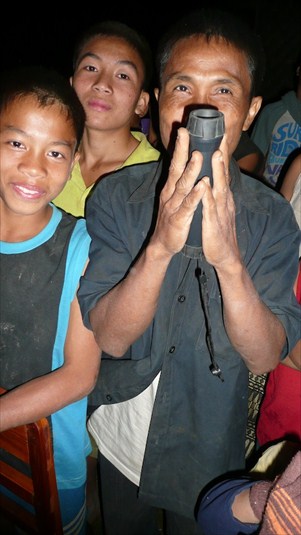 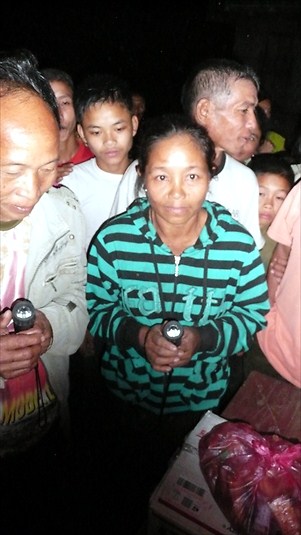 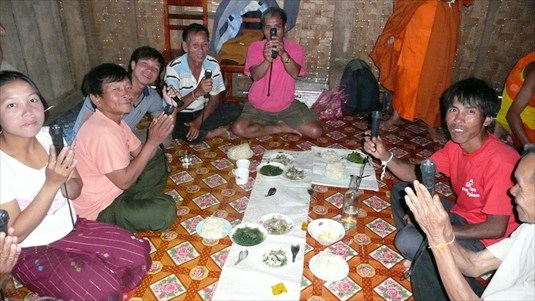 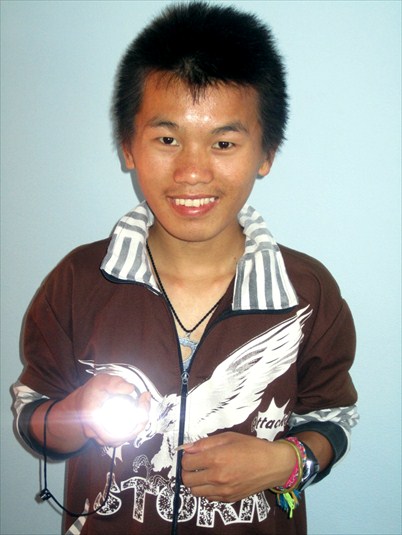 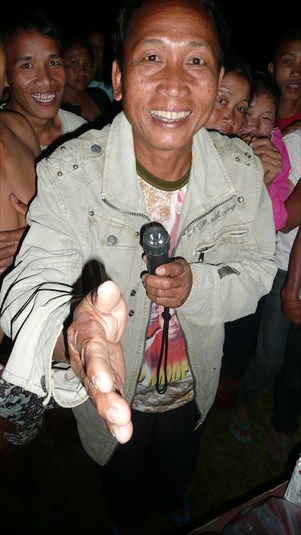